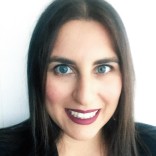 From trekking up mountains like Frodo to commanding the medieval castles of Game of Thrones, these are the filming locations sure to satisfy any TV or film buff. Whether it’s on foot, by car or boat, you can explore some of the world’s incredible destinations through the eyes of some of your favourite film characters.

Croatia has long been known for its beautiful islands, but over the past eight years it’s become widely known as filming locations for the fantasy TV show Game of Thrones. The Game of Thrones Tour by Vetus Itinera offers full and multi-day tours, as well as a cruise tour.

The full-day tour will take you around Split, the setting of Daenerys Targaryen and the Unsullied’s fight against the slavers of Meereen and Yunkai.

If you’re an uber-fan of the show, take the seven-day tour where you’ll see everything from the single day tour, plus Kings Landing (Dubrovnik), the Red Keep (Lovrijenac Fortress) and more. The price of the full day tour, which includes six film locations, an expert tour guide, dinner and more, is €130 (AU$205) per person.

The Lord of the Rings

The rolling hills and incredible landscapes that form the backdrop of the Lord of the Rings trilogy couldn’t be mistaken for anywhere other than New Zealand. With three Lord of the Rings movies plus The Hobbit all using filming locations here in “Middle-Earth”, there’s plenty to see.

Red Carpet Tours have a range of film tours on offer from six to 12 days, depending on what you’re after. The six-day tour starts off in Auckland and take you to the real-life locations of Hobbiton, Trollshaws, Mordor and Emyn Muil, Gollum’s fishing pool and the secret entrance to Erebor.

Muggles and wizard-wannabes alike can enjoy the The Making of Harry Potter Studio Tour at Warner Brothers Studio London in Leavesden, when visiting the United Kingdom.

The Harry Potter Studio Tour, which is less than an hour north-west of London, lets attendees walk through the sets of Diagon Alley and the Great Hall of Hogwarts and get up close and personal with the props and costumes from the movies. You can enjoy a frothy butterbeer or a butterbeer ice cream at the Backlot Café and buy souvenirs in the Forbidden Forest or Railway shops.

Tickets must be purchased in advance and cost £43 (AU$80) for an adult.

Mad Max, The Castle and Chopper While you’re in Melbourne, hop on a quick two-and-a-half-hour tour and take a walk through the historic streets and landmarks that were featured in iconic Australian films such as Mad Max, The Castle and Chopper, among others.  You’ll get to watch a few film clips along the way and almost every film genre from horror, comedy and Bollywood to sci-fi, romance, fantasy and thriller.

Prices for group tours of five people are AU$60 per person.

Get swept up in the romanticism of Outlander and chase your own time travelling love as you explore bonnie Scotland. The Scottish Outlander Tour is a five-day driving tour that will pick you up from Edinburgh and take you to filming locations in Aberdeen, Dundee, Inverness and more.

You’ll get to explore the fictional Castle Leoch, home of the MacKenzie Clan, the Castle Gardens which are the backdrop of the Palace of Versailles in the TV show, Jacobite HQ and of course the fictional Craigh na Dun where Claire was transported back in time, plus so much more. You’ll even get to stay in some of the country’s nicest and most historic hotels along the way. It’s best known as the backdrop to Jurassic Park and the famous fallen tree, but that’s not all that was filmed at Hawaii’s Kualoa Ranch. The Hollywood Movie Sites Tour will take you on a drive past filming locations for Godzilla’s footprints, the Windtalkers battlegrounds and the famous “penguin” road site from 50 First Dates.

If the movie tour isn’t enough, you can also enjoy an ATV tour, horse riding, kayaking and more. Some tour packages include a buffet lunch but Aunty Pat’s Café can hook you up with Hawaiian style homemade cooking throughout the day.

The Official Angels and Demons Tour in Italy is sure to excite Dan Brown fans who visit Rome. The tour is organised around the sites featured in the book and movie and includes stops at St. Maria del Popolo Church, St. Peter’s Square, St. Maria della Vittoria Church, Piazza Navona, and the towering, cylindrical Castel Sant’Angelo.

Your admission fee to Castel Sant’Angelo is included and you’ll also get a coffee break, English-speaking tour guide and all your transfers in an air-conditioned bus.

The tour goes for four hours, is held on Tuesdays and Fridays and is AU$91.45 per adult.

If you love film and travel, you should check out these Aussie Films that’ll inspire you to travel your own backyard.