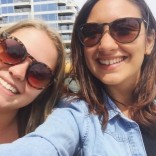 This Southern city on the Mississippi River is one that prioritises the experience of ~living~. As soon as you set foot in New Orleans, Louisiana (NOLA) it’s almost impossible not to be swept away by the culture of indulgence – be that through rich food, loud music, or strong drinks (…or all three).

I arrived in NOLA on a Thursday afternoon with a Topdeck tour, and one of the first things our trip leader told us was the city’s motto: “laissez les bon temps rouler”, or “let the good times roll”. At first, it might sound a little cheesy, sure. But once you see a brass band drive a group of strangers to break out into dance on a school night, you’ll understand that motto, completely.

Now, I’m more than aware that there are a bunch of iconic party cities in the States. Vegas and Miami have long had songs written about them, and not because they’re great places to take a stroll in the park…

But I’m here to argue that New Orleans offers some of the best nightlife in the Unite States. Don’t @ me if you have the Vegas strip tattooed on your arm. Just hear me out.

Here are five reasons New Orleans is the party capital of the United States:

#1 New Orleans was made for music lovers

The Big Easy is a city that has music woven into its history.

It’s lauded as the birthplace of Jazz music – a result of the melting pot of cultures that existed in the city between the late 1800s and early 1900s – and the music pours out of the streets at all hours of the day.

Wander into almost any bar on Bourbon or Frenchman Street, and chances are you’ll find a killer band belting out classic jazz, soul and blues tunes.

Want a little live music and a few late-night tracks you can get down to as well? Find you a bar that can do both.

Razoo on Bourbon will often start the night with a live band, before switching over to Rihanna and Fatman Scoop in the wee hours of the morning.

#2 The energy is electric

On any given night of the week, the streets of NOLA are filled with people cradling to-go cocktails (yes, they’re legal) and live musicians, creating a kind of never-ending street party.

You’ll also find people leaning over balconies offering to throw strings of plastic beads to the folks on the ground in exchange for certain acts (read: ladies lifting their shirts).

The, er, tradition started with NOLA’s Mardi Gras festival, but over the years has spilt out into everyday nightlife.

From experience, I can tell you that merely standing on the ground with an outstretched hand will score you some beads too. So, don’t worry. You really, really (REALLY) do not need to flash a stranger for a purple necklace.

Ever been denied access to a club because your shirt wasn’t fancy enough, your heels weren’t high enough, or the ratio of gals to guys was “off”?

That is not what NOLA is about.

You can wear whatever you like (within reason, obviously). You can head into a bar with whoever you want. You can even carry take-away booze between venues most of the time.

#4 Locals know their way around a cocktail

More than just a wild piss-up, NOLA also has quite the cocktail scene for those seeking an expertly-crafted tipple.

Most often, you’ll see people walking around with the infamous Hand Grenade cocktail – a sweet, but STRONG, drink (with a secret recipe) served in a tall, neon-green cup that’s shaped like a grenade at the base. But while popular, it’s hardly indicative of the cocktail culture in Nawlins.

This city is the birthplace of the Sazerac and the Hurricane, (among others) and there is no shortage of spots that can serve up an A-grade cocktail if you’re after it.

For a memorable evening, head to Carousel Bar inside the Hotel Monteleone. The venue has been fitted with a fully revolving bar adorned with the top of an actual merry-go-round.

Like any good party destination, NOLA knows that heavy heads will be searching for greasy dishes at some point.

Visit Verti Marte any time of day for one of the best po’boys in the city. What’s a po’boy? Glad you asked. They’re the Louisiana take on a sandwich, usually made with fried seafood and served on French bread – perfect for big nights out.

If you’re out on Frenchman street, check out Dat Dog for a hot dog until 3am on Friday and Saturday.

Where to find po-boys in New Orleans: 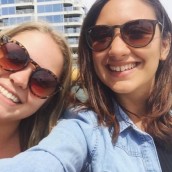 An Insider’s Guide To The Party Scene In Manila