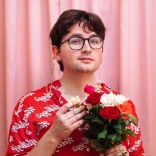 Weirdoughs In Melbourne Is Giving Away Free Ice Cream This Friday

In 1975, American director Robert Altman made a little film called Nashville. A sprawling, multi-faceted look at the American city’s performers, politicians, and country music fans, it didn’t invent Nashville’s reputation as one of the live music capitals of the world, but it sure helped solidify it.

In the film, bars overflow with guitar-slinging wannabes, diehard country fans drink till dawn, and cutthroat business insiders wheel and deal, dressed head to toe in white denim and rhinestones. It paints a picture of Nashville as a place of unbelievable energy, a white-hot hub of hustlers and bustlers, where everyone’s either famous or on their way to be.

If anything, Altman’s film understated what Nashville is really like. Following a massive post-war population boom, the city expanded to become the most populous in Tennessee. By 2017, its economy, bolstered by that massive influx of new residents, became the third-fastest growing in the entire country.

But it’s also a city with a rich and varied history. Over the years, everyone from storied country singer Hank Williams to saxophonist and musical pioneer Kirk Whalum have received a profile boost from the city, feeding off the energy of its dedicated fans.

The city has changed a fair bit since Williams first set up shop, of course. “These days, there’s two different scenes ‘country music scenes’ in Nashville,” explains Margo Rae Price, a young singer-songwriter who has already been described by The Fader as country’s next star.

As Price tells it, you’ve got to scratch beneath the polished surface of Nashville to find its true musical heart. That’s where you’ll come across “the phenomenal pickers and honest songwriters” who are trying to make it big. “[They’re] playing in dive bars and open mic nights and tiny clubs all over town,” Price says. “Many of them may be found bumming around in East Nashville.”

A particularly important musical venue for Price is The Ryman Auditorium. A historic auditorium built in 1892, The Ryman is a hallowed space as far as the local musicians are concerned: The Grand Ole Opry, a beloved weekly country music stage show, has called The Ryman home since 1943, and Johnny Cash, Faith Hill, Loretta Lynn, and Dolly Parton have all graced its boards.

“It’s my all-time favourite,” Price explains. “It’s got the best sound in the world. It feels like going to church because there’s something spiritual inside there.”

Of course, there’s no use hitting up Nashville without sampling some of its famous food and drink. Nashvillians have an unbelievably sturdy constitution – they’re used to staying up till 3AM to catch a late show with a few mates – so just make sure they don’t drink you under the table.

For those ready to party all night, Price recommends Santa’s Pub, which boasts “the best karaoke in a trailer you’ll ever find”, while those playing it more cautious should go for a quiet drink at Dee’s Country Cocktails Lounge.

If all that drinking starts making you hungry, Price recommends you stagger over to The Treehouse Nashville. They’re you’ll find “the best food and drinks, with a rotating seasonal and local menu.”

Menu options include old staples like cured pork shoulder and a whole roast chicken, but also more exotic treats, like Shanghai soup dumplings and agnolotti made with butterkin squash. “Chef Jason Zygmont is brilliant,” Price says. “He even catered mine and my husband’s 10-year anniversary party at our home.”

But it’s not all late-night feeds and alcohol-sodden sojourns; Nashville is also a place of real natural beauty. If you’re a self-confessed nature nut like Price, the area abounds with pools, waterfalls, and long country walks: you can spend hours lounging by Percy Priest Lake, or climbing the Cummins Falls.

Of course, at the end of the day you’ll always want to come back to the real jewel in the crown of Nashville: those sweet, dulcet country stylings. After all, as Price herself describes it with an adage, at its heart “Nashville’s is a big old drinkin’ town with a music problem.”

Weirdoughs In Melbourne Is Giving Away Free Ice Cream This Friday