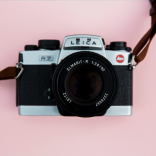 Hunting down a locally made banh mi will be high on the bucket list for any food-loving Aussie headed to Vietnam, now that the stuffed bread roll has skyrocketed in popularity here at home, becoming as beloved as its culinary kin, pho or rice paper rolls.

Vietnamese baguettes are part of what makes this dish so special. Introduced by French settlers, Vietnamese locals really took to the tasty buns to the next level, creating a version that’s crispy and crunchy on the outside while light and fluffy inside.

As in any sandwich, the bread is very, very important, but the hero of a banh mi is the filling.

While the rolls vary from north to south – a northern banh mi is more sparse, with less-flamboyant fillings – you will usually get a hero ingredient with any combination of pickled carrots and daikon, soy sauce, paté, coriander, chilli (sauce or paste), cucumber and spring onion. The most popular hero ingredient is pork – of which there are several kinds, and they’re all good.

Here are the words you need to memorise to ensure you get the filling you want, and avoid the ones you don’t.

Thịt Nguội refers broadly to cold cuts of pork. Sometimes, it’s steamed pork belly, rolled into a cylindrical, loaf shape. Other times, you’re looking at something a bit more mysterious and processed, like bologna or devon. Be careful not to mix it up with thịt nướng.

Thịt nướng is BBQ or grilled pork. It’s the meat cooked in a rectangular, mesh-like clamp over a grill, and is often a vibrant red colour. You might also see BBQ pork written as xa xiu.

Chả lụa is a popular Vietnamese sausage of ground pork, flavoured with fish sauce, compacted and rolled up in a banana leaf and eaten raw. Quite pale in colour, it almost looks a bit like chicken loaf.

Heo quay is roasted pork belly. Meat-lovers will want to get their hands on it while in Vietnam. The large chunk of pork belly hanging in a shop window is a dead giveaway of where you’ll find it.

Trứng or ốp la is egg banh mi, or the best breakfast in all of Vietnam. Ordering a banh mi trứng or trứng chiên gets you an omelette-like egg filling, occasionally flavoured with green herbs. Meanwhile, ốp la comes with scrumptious fried eggs. The wording varies, but it’s always delicious.

Chay is great for vegetarians. Keep an eye out for this one on restaurants and food carts. It’s your key to a meat-free meal in Vietnam. Banh mi chay comes in various forms, from fried tofu and vegetarian “meat” to only vegetables.

Cha ca is fish cakes. In appearance, the patties look a bit like discoloured tofu. Expect it to be chopped and (re)fried nicely before being served to you on crispy baguette.

As for where to buy your banh mi, the best rolls generally come from small roadside shops or portable stalls. Many of these vendors will have the types of banh mi printed on the front of their store in block letters.

As is a popular theory with travellers – always go to a place that’s busy with locals. The produce will be fresh and the product tasty.

A Guide To The Weirdest And Most Wonderful Filipino Street Food

The Street Eats Worth Flying To Mexico For

How To Find The Best Cheap Eats In Tokyo