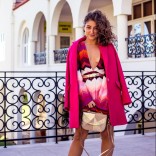 In huge news: NASA’s Perseverance Rover has landed on Mars. After a 6 month journey, the robot explorer touched down at its destination last week.

With Australia’s national borders still in place – and the slight issue of widespread space travel being a million lightyears away for the general public – it looks like Perseverance Rover will be the only one exploring Mars any time soon.

It’s not all bad though. If you’re keen to get a bit of a taste of what the rover could be experiencing right now, these are some of the best Mars-like alternatives around Australia.

If they find water on Mars, it will (presumably) look exactly like Karijini National Park in WA. The state’s second-largest national park is a tropical semi-desert — a labyrinth of deep red gorges, waterways, and picture-perfect swimming holes.

Take a few days to make the 17-hour road trip up from Perth and stay a while to soak it all up. You deserve it after that drive. Spend your time in the park hiking amongst the ancient rock formations, and plan day trips out to the lush Fern Pool or Spa Pool. There’s plenty of wildlife spotting to do while you’re there too.

Stay: Book a spot at Dales Campground for easy access to Dales Gorge, Circular Pool, Fortescue Falls and Fern Pool. Or save yourself the set up and book a few nights in one of Karijini Eco Retreat’s eco tents or cabins.

There’s nowhere else in the world – nay, universe – quite like Coober Pedy. Known as Australia’s opal mining capital, this almost entirely underground town in South Australia gives off some strong Mars vibes.

From the sunburnt sandstone tablelands of the nearby Kanku Breakaways Conservation Park to the colourful hills of an extinct inland sea at Anna Creek Painted Hills, the landscapes out in these parts really feel like you’re on another planet.

While you’re in town, get up to speed on opal mining with a visit to Umoona Opal Mine and, for a bit of fun, tee off at Coober Pedy Opal Fields Golf Course, where the greens are red and there’s no telling what’s a sand bunker or fairway.

Stay: Get a true blue Coober Pedy experience by staying at one of the town’s many underground stays. Try the Underground Motel for something budget-friendly, or splash a little more cash on a stay at the Dugout B&B.

It’s red; it’s rugged; it’s dry. A six-hour drive north of Perth, Kalbarri is basically everything we’ve ever been led to believe about the surface of Mars.

On the drive into town, the coast is dotted with red, rocky cliff after red, rocky cliff; some of them are up to 100m high. Strap on a backpack and some sturdy shoes, and hit the Bigurda trail to go exploring.

Inland of town, you’ll find Kalbarri National Park and the Murchison River Gorge, home to the Insta-famous Nature’s Window rock formation, Z Bend lookout, and Kalbarri Skywalk lookouts. Each within a few minute’s drive of each other, it’s worth stopping in at all of them to see the valley from all angles.

Stay: Park up across from the water with a campsite at the Murchison River Caravan Park. If you’re feeling especially fancy, treat yourself to a stay at the super ‘grammable 27 Degrees.

Red earth and turquoise waters are iconic Kimberley, but it’s where the Pindan (red soil country) cliffs meet the ocean on Bardi Jawi country that this combination looks the most unearthly.

At both James Price Point and Pender Bay – around 200km north of Broome – you can find pristine white sand beaches framed by contrasting bright red cliffs. To see the cliffs up close you’ll need a 4WD, otherwise, a scenic flight over them will give a different perspective.

If you’re camping out for a while, get busy by throwing a line in, learning the art of mud-crabbing from the Bardi Jawi locals, or jet-boating through the rushing tides. Don’t forget to book a tour of Cygnet Bay or Wylie Creek pearl farms.

Stay: Set up camp at Kooljaman Remote Wilderness Camp for a few days. It’s off-grid accommodation owned by the local Bardi Jawi people and offers everything from unpowered campsites to deluxe safari tents.

A post shared by Enjoying the ride npg (@lady_fortheland)

It bears a striking resemblance to the landing site of Perseverance Rover — Jezero Crater — but Wilpena Pound wasn’t actually formed by a meteor strike.

Known as ‘Ikara’ in Adnyamathanha language, this other-worldly wonder 429km north-west of Adelaide is, technically, a natural amphitheatre enclosed by a circular mountain chain. The range is at its most Mars-like during golden hour as the orange light saturates the surrounding scrubland. It’s the perfect time to jump aboard a 30-minute scenic flight over the area.

Back on land, adventurers can scramble up the circling mountains’ sides and explore deep canyons on any one of the 13 walks in the national park. Follow one of the most popular trails in the region, the Old Homestead and Wangara Lookout walk, or take the Arkaroo walk to try your luck at spotting some ancient Aboriginal rock art.

Stay: The Wilpena Pound Resort sits at the entrance to the national park. While the name might give the illusion it’s going to cost you big bucks to stay, there are options for all budgets, including plenty of unpowered camping sites. 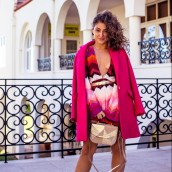 6 Epic And Very Dog-Friendly Places To Stay Around Australia