Brought to you by PROMPERÚ 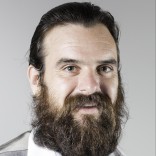 Usually, the spectacular archaeological site of Machu Picchu draws travellers from around the world to Peru with good reason. But the legendary lost city is just one of many jaw-dropping sights in this stunning nation, and just one of the places you should be adding to your future travel lists.

From magnificent snow-capped peaks to steamy jungles, bustling foodie hubs to a picture-perfect desert oasis, Peru has it all. Here are some spots that are straight out of your wildest travel dreams.

As unexpected as it is beautiful, Huacachina is the desert oasis you picture in your dreams. Like a vision out of some Hollywood film, this mirror-like pool is fringed by swaying palm trees and surrounded by towering sand dunes.

As sunset nears, the only thing to do is find a comfortable spot high above the oasis and watch in awe as the dunes come alive in a million shades of red and orange. Where better to kick-start your future travel plans than this picturesque paradise?

In a narrow canyon deep in the Andes, this series of 20 pools connected by cascades only recently opened to tourism. But its hidden gem status won’t last long once travel can resume, so make plans to pay its shimmering turquoise water and sparkling white travertine terraces a visit before the crowds descend.

When you’re there, admire the pools from a series of trails on the canyon rim before descending into the gorge to see the freezing cold glacier-fed waters up close.

From brightly coloured street carts selling cebiche to fine dining cuisine that fuses Peruvian, Spanish and Japanese influences, Lima should be at the top of every food-lover’s dream travel list.

It’s home to two of the world’s top 10 restaurants, along with colourful markets and hole-in-the-wall joints serving delicious (and immaculately plated) dishes that have helped to make the city South America’s culinary capital.

Before it reaches the tables at Lima’s best restaurants, one of Peru’s most famous ingredients is harvested deep in the Sacred Valley of the Incas. Thousands of geometric salt pans cascade down steep hillsides where mineral-rich water evaporates and leaves behind a thin layer of rose-coloured salt.

The effect of thousands of shining pools ringed by glittering white walls is magical, and though the saltpans have their origins in pre-Incan civilisations, this is no ruin; local communities still make their living harvesting salt from the pans.

Originally conceived as a way for the peace-loving Uros people to escape from their more warlike neighbours, the manmade islands of Lake Titicaca are utterly unique. Boats, homes, furniture and even the islands themselves are made from reeds that grow on the edge of the highest navigable lake in the world.

Travelling by boat across the sky-blue waters to this unique floating world is like taking a trip back in time, and when you arrive, you’ll be greeted by friendly locals famous for their spectacularly coloured clothes.

Since emerging from under a thick glacier, Vinicunca (rainbow mountain) has quickly become one of Peru’s most popular sights, but it’s already under threat from overtourism. Fortunately, this alternative is easy to reach and even more beautiful — which is everything you could want from your first trip back out in the big, wide world.

Rusty red, vivid gold and cornflower blue stripes line the three peaks of Palcoyo, which are reached via a picturesque drive through valleys where Quechua villagers herd llamas beneath magnificent snow-covered peaks.

Even for Peru, the Reserva Nacional de Paracas is vast. Wild seas pound against spectacular red sand beaches backed by a seemingly endless landscape of dunes and mesas. Standing astride the massive sea cliffs, it’s impossible not to marvel at the epic landscape.

And, just offshore, Peru’s answer to the Galapagos can be visited by boat on a day trip. Friendly sea lions and dolphins frequent the waters surrounding the Ballestas Islands and the archipelago houses raucous colonies with hundreds of thousands of seabirds.

Don’t expect room service at this unique hotel. Transparent pods are bolted into the side of a cliff high above the Sacred Valley of the Incas, and access is via a 400 metre long via ferrata trail or zipline. Once you’ve arrived, however, it’s all yours. Settle in and enjoy panoramic views of the valley below before you shift your gaze upward to the peerless night skies.

Discover, connect, indulge and adventure like never before in Peru. Check out visitperu.com.au to learn more. 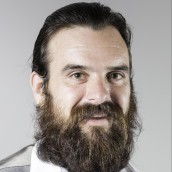 Stargazing And Grazing In The Huon Valley: A Perfect Weekend Getaway Near Hobart