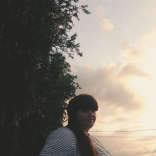 Cathy is a, post-graduate media student and creator of the…

You hear it every time someone mentions visiting to Los Angeles. “You won’t be able to get around without hiring a car.” The rise of ride-sharing apps like Uber, Lyft and Zipcar mean travellers can enjoy the city without having to worry about navigating the infamous freeway traffic themselves.

And while cars are still the most useful way to get from A to B in Los Angeles (until the Metro expansions are completed by 2024, at least), like any city, you have to rely on your feet to get to the heart of it. Contrary to popular belief, some of the best sights are sights are stumbled upon while wandering the streets with no set destination in mind.

This is particularly true of LA’s most-walkable area, Downtown LA. Once dismissed for its relatively small size and large homeless population, it’s changing rapidly. For art and architecture buffs, it’s a dream. Intricate street art covers any available space (the Arts District is, predictably, particularly famous for its street art), and numerous Art Deco buildings, like the Eastern Columbia Building, have been artfully preserved. Banksy artworks can be found in parking, and elaborate pieces constructed entirely from books can be found inside the famous Last Bookstore on Spring Street.

Downtown LA affords travellers a glimpse at Old Hollywood a world away from the tired studio backlot tours. Start by exploring the Millennium Biltmore Hotel at 506 South Grand Street — it was the first venue to host the Academy Awards, and thanks to the beautifully detailed ballrooms, lobbies and even hallways, it’s easy to understand the appeal.

From there, walk against the traffic on East 5th Street to The Last Bookstore. While not an Old Hollywood institution, it is undoubtedly the best bookstore in Los Angeles — if not California — and is well worth a visit.

From there, you can either walk two blocks north to the Bradbury Building (made famous by Blade Runner) and Grand Central Market — if you have tickets, the Broad is only a 10-minute walk from the Bradbury.

Or, walk south towards the Orpheum Theatre. Within the space of a single city block lies the still-operational Orpheum, the Rialto (now an Urban Outfitters) and the Eastern Columbia Building.

Walk south for one more block and you’ll see United Artists; look across the road at the parking lot for Banksy’s Parking piece featuring a girl on a swing.

From there, head east to the Arts District to see one of the collections of street art this side of the International Date Line. Start in Little Tokyo, then head south down South Alameda until you see Angel City Brewery. Along the way, you’ll see the Los Angeles love heart graffiti – it’s absolutely perfect for Instagram.

Continue down South Alameda and turn left at 3rd Street, and you’ll find yourself absolutely surrounded by beautiful pieces stretching from the corner of 3rd and 4th to 3rd and Hewitt.

There are also several museums in the area, all worth a visit: the Geffen Contemporary at MOCA, the A+D Architecture and Design Museum, the Sci-Arc Gallery at the Southern California Institute of Architecture, and the Japanese American National Museum.

Many people consider LA to be a stopover city – somewhere you spend a few hours or days on your way from New York back to Sydney – but those people are missing out on all of the culture and art LA has to offer. Once you explore beneath the surface, you’ll find that there’s more to LA than celeb-spotting and window-shopping, and the best way to truly understand that is to park your car and hit the pavement. 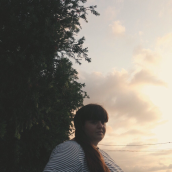 Cathy is a, post-graduate media student and creator of the Young Australian Writers Facebook group.

Breathtaking Aerial Shots Show A Side Of Australia Rarely Seen