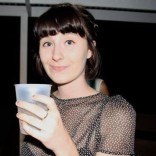 Meg Watson is the weekend editor of Junkee, Arts &…

This 1980 Ad For Melbourne’s Bourke St Mall Is Amazing

I walk to the side of the gallery five minutes late to find a crowd, people pressed up against one another, staring at an old man in a black suit holding a shovel. He has his back to them and is transfixed on the ground like a captain staring out to sea. A train rattles past on the railway tracks not 20 metres before us. Small patches of fire lick the concrete. Then, total silence.

“Is… is this the art?” I ask a friend, eyes wide. Amidst all the industrial debris, I feel like a detective on Law and Order: SVU; the one who asks the dock workers if they’ve seen anything out of the ordinary before inevitably chasing them down. Suddenly the man – renowned Australian performance artist Mike Parr – turns around and everyone claps. The crowd disperses. That was the art.

As I soon find out, there was more to the work than that. But it wasn’t a bad way to enter this year’s Sydney Biennale the night before its official opening. Art, by design, asks us to be perceptive and interrogate what’s around us – these are handy wavelengths to tune into when you’re exploring a new city.

This year, Sydney’s premier visual arts festival – the southern hemisphere’s largest exhibition of contemporary art – is centred upon a broad concept: “the future is already here; it’s just not evenly distributed”. To tackle this from various angles, it’s held across a handful of venues separated by theme into “embassies of thought”. Here’s a little of what I found in each.

Sitting grand and cavernous alongside the charming, tessellated terraces of Redfern, this much-loved arts space is part of the old Eveleigh Train Yards – a fact which makes it perfect (read: perfectly eerie) to house works on the theme of ‘disappearance’. It’s here that Mike Parr performs BDH.

With all the details of the work kept under wraps until its unveiling, I later learn the confusing silent fire standoff didn’t always look that way. Moments before arriving, the 71-year-old artist had laid out a large collection of his work on the concrete before him, pumped Talking Heads’ ‘Burning Down The House’ (hence the work’s title), doused it in gasoline, and ceremoniously tossed fire on it as if performing a Viking funeral. This, with its striking premise and spectacle, has a fairly obvious connection to the theme. But it is unfortunately a bit of a one-off. Thankfully, the Biennale were on hand to film the whole thing and it’s now on exhibition alongside 164 sketches presented on the floor like those that were burnt.

If you’re impatient, I highly recommend tracing it back on Instagram. Though that’s likely part of the artistic statement. With that many confused and art-hungry spectators with access to smartphones, does anything ever really disappear?

A video posted by Melissa Soncini – Celebrant (@sydneymarriagecelebrant) on Mar 18, 2016 at 8:11pm PDT

Fair warning: many of the works here operate on a similarly ephemeral premise. On select weekends through April and May, US artist Neha Choksi and dancer Alice Cummins will collaborate on In Memory of the Last Sunset – a cyclical and collaborative performance on ageing and climate change. On Saturday April 23, Taiwanese American artist Lee Mingwei will be presenting an enormous intricate re-creation of Picasso’s Guernica in sand before inviting you to walk across it, alter, and destroy it at will.

Embassy Of The Real

Undoubtedly the most interesting venue of the festival, Cockatoo Island is located a 20-minute ferry ride north-west of Circular Quay. While that in itself is exciting to anyone from a land-locked city or one in which the surrounding water resembles literal mud (*waves to Melbourne*), this place really doubles down. The former prison-turned-UNESCO World Heritage site and filming location for X-Men Origins: Wolverine is now stacked with exciting art and has the added bonus of looking like the abandoned hideout of a Bond villain. For a place conceptually exploring “the real”, there’s a distinctly surreal aspect to every work exhibiting on the island.

Lee Bul’s Willing To Be Vulnerable, perhaps the most striking on arrival, consists of a huge aluminium orb, and floating neon tarps tossed around a huge warehouse space you’re free to walk through. Taking inspiration from science fiction, the work invites you to consider an exciting yet slightly ominous futuristic landscape. Likewise, Ming Wong’s video installation Windows On The World (Part Two) bombards you with clips about space travel (the majority of which come from Asian pop culture) presented through 24 small TV screens – a simultaneously stimulating and disorientating collision of fact and fiction.

The most affecting works however may be those that centre upon the tangible physical body. In the one-off performance Untitled Lip Sync #225, American artist boychild “recast her body as cyborg” slathering herself in paint down a canvas catwalk and echoed by a live video loop. In Nowhere and Everywhere at the Same Time, renowned choreographer William Forsythe drapes a room with weighted pendulums, swinging in time. The magic then takes place when people make their way through – each step made strange and transformed into dance as they joyfully traverse the course.

Where: Art Gallery of NSW

Tucked away in the heart of the Royal Botanic Gardens and standing resolute behind hulking stone pillars, there’s something appropriately grand about the Art Gallery of NSW. It feels almost built for worship.

Addressing not only religion, but an innate sense of personhood, the works at the Embassy of Spirits have a quiet solemnity to them. Indigenous artist Nyapanyapa Yunupingu has created a small darkened forest in which you navigate stripped-back, meticulously engraved wooden poles. Turning away from this natural world, New Zealander Dane Mitchell presents Remedies for Remembers (AI) and Forgetting (NoCI). Described as “molecular sculptures”, his work consists of large tubs of homeopathic remedies intended to recall and erase memory. Each morning the substances are sprayed on the windows and linger through the air.

If you’re after something a little more visually dynamic, Dutch artist (now living in Indonesia) Mella Jaarsma presents the memorable Dogwalk. Exploring the conflicting perceptions of different animals across cultures, she’s made 12 crude costumes from animal hides gathered after Islamic sacrificial ritual. Each Wednesday night these come to life, worn by silent performers walking one another around the room. (Yes, I was very disappointed there were no dogs present).

Another must-see is Taro Shinoda’s Abstraction of Confusion. After taking off your shoes, the work invites you to ascend to a platform in the middle of a grand, empty room. Painted entirely white, the walls chip and crack around you offering a still hideaway place of contemplation and meditation.

Where: Museum of Contemporary Art Australia

With slightly fewer works than the other major venues at this year’s Biennale, the Museum of Contemporary Art is concerned with the way we get meaning from objects. Here, ideas or images are pried from their original context and splashed all over the sunny foreshore of Sydney’s Circular Quay.

Tiled along the gallery floor, Nina Beier’s Allegory of Peace and Happiness of the State is comprised of surreal sculptures of cups and coffee beans – all recreated and made strange in three dimensions from internet stock images. French artist Celine Condorelli, on the other hand, takes a more fantastical approach. In Structure for Communicating with Wing, she drapes a large sheath of glittery material in front of an oscillating fan transforming it into a moving sculpture. It’ll be all over your Instagram feeds for the next couple of months.

Tackling more complex political ideas, there’s also a significant number of works dealing with Indignous culture. Sydney artist Daniel Boyd recontextualises Western images of colonisation by recreating them through Aboriginal dot painting. Out the front of the gallery sits Richard Bell’s Embassy: a re-creation of the Aboriginal tent embassy in which he invites Indigenous activists to share their ideas through a new extra-performative lens.

Of course, this is just a small taste of the festival. There are literally hundreds of works spread over the city with two more smaller embassies found at Woolloomooloo’s Artspace and Chippendale’s Mortuary Station, a heritage listed stop on a rail line which was used to transport coffins. If exhibitions of this scope teach you anything, it’s that – tourist or not – there’s always something more to discover.

(The writer was a guest of Destination NSW. All images are provided or author’s own.)

The 20th Biennale of Sydney runs until June 5, 2016. Check out Qantas flights to Sydney here or use the fare finder below. 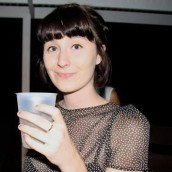 Meg Watson is the weekend editor of Junkee, Arts & Culture editor of Concrete Playground, and 2013 editor of Farrago. She specialises in writing excitable stuff about art, loud opinion, okay fiction, and bad tweets .

Has Our Obsession With Wi-Fi Ruined Holidaying?

This 1980 Ad For Melbourne’s Bourke St Mall Is Amazing