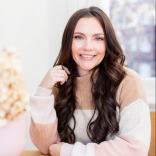 There’s always something a little depressing at being at the airport at Christmas time. After all, who wants to be stuck in the customs queue when you could be eating Christmas ham, pudding, pavlova or any other deliciously festive thing? We may have found the exception, though – if that airport happens to be the extravagantly festive Munich Airport, we reckon we might be able to get into the Christmas spirit.

The German airport has opened its annual Wintermarkt, complete with more than 500 real pine trees. With 44 stalls, the market is filled with local handicrafts and seasonal treats like glühwein, sweet roasted almonds, bratwurst, and rahmfleckerl, a flatbread-like dish with cream, bacon, and chopped chives. At the centre of the market is a spectacular 50-foot Christmas trees decked out with more than 5000 lights and 3000 bulbs.

In case that’s not impressive enough, the winter wonderland boasts not one but two ice-skating rinks. One of the skating rinks is open to the public for free (you can pay a small fee to rent skates), while the other is dedicated to the traditional Bavarian ice sport called eisstockschießen.

Munich Airport also has a Europe’s largest roofed-in beer garden, and an alpine-themed restaurant where you can have dinner in a gondola from a real ski lift. It’s not hard to see why it has countless accolades, including being the 11-time winner of the best airport award in the World Airport Awards, and placing sixth-best airport in 2018.

The market runs until December 26.  You can still visit the Wintermarkt even if you’re not travelling out of Munich, as it’s located outside of the security and gate areas. Prost to that! 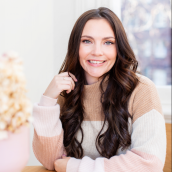