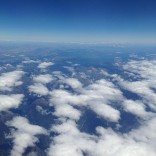 Krakow doesn’t usually top any European travel lists – but perhaps it’s time it got promoted. Poland’s second-largest city boasts everything from history and to a booming arts scene.

That, and you can eat your bodyweight in pierogi (Polish dumplings) on a shoestring. Fortunately, you can take in all the dynamic city has to offer in just two days.

Krakow’s Old Town exudes a kind of mythical quality, with gargoyles, a gold-handed clock and fairytale turrets poking above the city walls. It’s one of the oldest cities in Europe, and the only Polish city to be preserved during WWII Nazi occupation.

Any traveller’s first stop in a city should be a decent breakfast. Café Camelot is right in the centre of the Old Town and the perfect place to enjoy coffee and cake with a touch of old-timey décor.

From there, take a stroll to Wawel Castle (admission to the grounds is free). This castle has been burned to the ground, ransacked and rebuilt so many times it boasts medieval, renaissance and baroque architecture in an eclectic mesh.

If you’re into art, it also doubles as one of the best museums in Poland. It has five different sections, and each one requires an individual ticket.

For modern art, head to Bunkier Sztuki – an alternative modern art museum – which has a cute café/restaurant nestled in lush gardens. This is the place to find up-and-coming Eastern European artists and innovative installations.

Next, if you’ve ever wondered what a socialist “utopia” looks like, visit Krakow’s socialist quarter Nowa Huta, a planned socialist settlement just a short tram ride from Poland’s city centre. Once a showpiece for Stalinism, it is now a monument to a past era – but well worth the trip for anyone interested in Europe’s communist history.

The Jewish Quarter is the hippest part of town, and fun to explore on foot. For dinner, find yourself a huge plate of pierogi (dumplings) at a bar mleczny (milk bar). It should set you back around $5 (12PLN) for a plate of 10. Milk Bar Tomasza or Przystanek Pierogarnia are both great bets.

You can continue your socialist adventures by heading to the grungy PUB Propaganda. As you might have guessed, it’s filled with socialist propaganda and ska music.

Singer Café is extremely charming, and they let visitors dance on the table tops until the early hours. Meanwhile Alchemia feels other-worldly with dripping wax candles, dusty photographs and mismatched chairs. It’s like going to your grandparents’ house (if your grandparents were Polish hipsters).

A half-day trip from Krakow is Auschwitz-Birkenau Memorial and Museum, the largest of the WWII concentration camps. While a visit can be overwhelming, it’s important for understanding the weight of Poland’s history.

Most tour companies that run half-day trips to Auschwitz recommend you book at least a few weeks in advance. This is the easiest way to visit the memorial as places fill up quickly, particularly during peak season. Most cost around $60 (170PLN).

You can also book a tour online directly with the museum and organise your own transport. During the low season, it’s possible to join a tour on the day. You can get there by bus, train or Uber (around $55 or 152PLN one-way). Tours take between four and six hours and cost is $25 (70PLN).

In the afternoon, reflect further with a visit to Schindler’s Factory ($7.50 / 21PLN). The interactive museum that tells of a factory-owner who attempted to protect his Jewish workers during the Nazi occupation of Poland.

Similarly, the Jewish Museum (entry is $3.20 / 9PLN), set in the city’s stunning 15th century Old Synagogue, has been reconstructed following destruction in WWII and restored to its former renaissance style.

For your final night, it’s hard to go past the Forum Przestrzenie – a Soviet-era hotel that looms over the river. It has been converted into a modern outdoor bar with an industrial vibe, with great beers and a decent (though Westernised) menu. You can catch live music and other events on regularly, or just relax in the shadow of the monstrous concrete structure.

How To Make The Most Of 2 Days In Reykjavik, The World’s Northernmost Capital