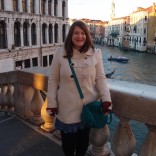 See The Delectable Creations From The World’s Biggest Chocolate Show

The perfect time between the hayfever-inducing month of October and the Sunshine State’s rainy season, November in Brisbane was practically made for event-going. This month, everything from The Wizard of Oz to Brisbane’s biggest independent art and design market is on offer.

Here are the 7 best things to do in Brisbane this November. [listicle] Yayoi Kusama: Life Is The Heart Of A Rainbow

Everyone’s favourite Japanese artist, Yayoi Kusama, rolls into Brisbane with a brand new exhibition called Life is the Heart of a Rainbow in November. The exhibition cherry picks the best of Kusama’s 60-plus-year career and packages it up for your viewing pleasure.

Life is the Heart of a Rainbow covers everything from painterly experiments to soft-sculpture and, of course, Kusama’s iconic Obliteration Room – which is what happens when you take a furnished, pristine white living room and let loose a bunch of people with rainbow dot stickers. Rumour has it that Stan Lee, comic book extraordinaire, and James Masters, everyone’s favourite teen vampire crush, are set to make an appearance. And don’t even get us started on the talent and creativity that goes into the cosplay worn by local Brisbanites. The End Of The Line Festival

What do you get when you take the crème de la crème of Woolloongabba’s restaurants and combine them with a music-festival-come-block-party? Why, The End Of The Line Festival, of course!

Taking place for one night only, the festival transforms the cul-de-sac at the end of Jurgens Street into the hottest venue in town. Think pop-up restaurants, a soundtrack from the best of Brisbane’s local talent and enough shopping opportunities to make your market-loving heart skip a beat. The crown jewel in Brisbane’s market scene, the Finders Keepers Market is back for another season and its set to be a stunner. Featuring over 200 independent art and design stalls, the market aims to connect you with your new favourite local maker.

Finders Keepers offers everything from art and handmade pottery to crocheted earrings and paper flowers, so you’re pretty much guaranteed to find something to take home. Plus, the market is arriving in Brisbane just in time to snag some awesome Christmas presents for your favourite people. ‘The Wizard Of Oz’ At QPAC

Direct from the London Palladium, The Wizard of Oz is heading over the rainbow to Brisbane this November. Alongside all your favourite heart-warming moments, expect a few twists on the original tale included in the form of new songs by Tim Rice and Andrew Lloyd Webber. Anthony Warlow, Lucy Durack and Jemma Rix are all part of the star-studded cast.

The Wizard of Oz is only running for a measly two weeks, so you better click those ruby slippers to score tickets – or just head on over to QPAC’s website. You do you, friends.

Where: QPAC, Corner of Grey and Melbourne Streets, South Brisbane

Image: Lightbox Photography via The Wizard of Oz With a mission to promote Palestinian arts and culture in a multicultural Australian context, the Palestinian Film Festival is a definite must-see. Taking place at Palace Cinemas, the festival brings the best of Palestine’s film industry straight to Australia’s eyeballs.

The current line-up includes everything from documentaries on Palestine’s ongoing conflicts to short films focused on one wife’s wacky plan to start a family with her incarcerated husband. The hardest part will be picking which movie you’ll see first. Celebrating all things Latin America, the Brisbane Fiesta Latina 2017 is set to be the cultural event of the year. The theme for this year’s festivities is Dia de los Muertos, or the Day of the Dead, and promises to be a killer way to celebrate the diversity of Latin American culture.

Traditional dance groups, arts and crafts and live music – all from Brisbane’s talented locals – are only the beginning. Come with an empty stomach so you can properly enjoy the range of Latin-inspired food – all-you-can-eat-empanadas sounds like a pretty great plan. 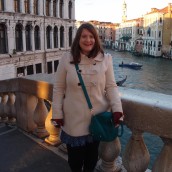 The Fashion Lover’s Guide To Brisbane In Spring

See The Delectable Creations From The World’s Biggest Chocolate Show